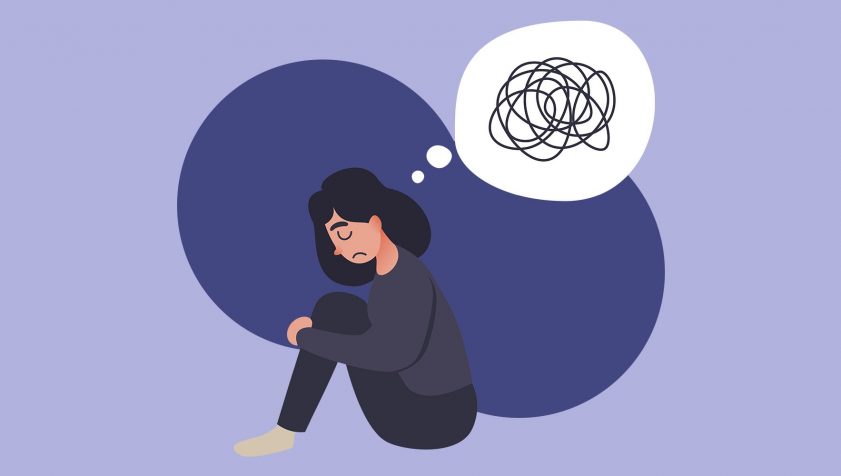 In the last post, we had a general overview of the generalized anxiety disorder, while we touched various topics we did not go that deep into the topics individually and gave a broad overview. In part two of this three-part series, we will talk about what various factors affect and cause Generalized Anxiety Disorder.

Before we go in-depth of factors causing GAD, we need to understand that the exact cause of Generalized Anxiety Disorder is not yet known or has been zeroed in on. There are research works going on that consider various elements of the human body and person’s environment but leads remain inconclusive. With that in consideration, we can safely proceed to discuss the aspects that can cause GAD.

Research work is done around the endophenotypes (functional biology aspects of genes of a person) suggest that there is a 31.6% percent chance of heritability of GAD. There are underlying genes in an individual, that could have been inherited from any of the parent, that could get switched on in an event of major stress in life. However, when we consider the environmental aspects, there can be an effective rate of 25% of the heritability of the GAD.

Substance-induced GAD is anxiety, nervousness, restlessness or paranoia induced by taking a drug or stopping a drug.  Our brain creates chemicals/substances that alter our mood, affect the way we think or perceive the world. Many drugs both pharmaceuticals and the ones made in less than ideal environments can affect the people. Drugs like LSD induce vivid hallucinations, alcohol gives euphoria, caffeine takes a toll on your sleep as well as it makes you paranoid.

There are ample pieces of evidence that long term usage of benzodiazepines can worsen underlying anxiety also that if the usage of benzodiazepines is reduced, anxiety also fades away. In the same way, long term usage of alcohol creates internal conditions that can trigger anxiety and even depression. There’s also evidence that abstinence practiced in case of alcohol consumption can reduce effects like anxiety, though one must remember that time period between abstinence and reduced anxiety can range up to two years.

Tobacco smoking is also related to the manifestation of generalized anxiety disorder. Neurotransmitters, inflammation, mitochondrial dysfunction are severely impacted by tobacco smoke. Excessive usage of caffeine has also been proven to aggravate and maintain anxiety. The probable reason could be as it overstimulates and keeps on stimulating the sympathetic nervous system.

In the basal region of the human brain, there is a complex of neurons that constitute a part of the brain that is linked to processing fear and anxiety. This region stores and filters all the information that is related to fear and anxiety. This region functions with other areas of the brain, where species-specific fear responses are processed, to give a balanced reaction to a particular event. In those people who have developed Generalized anxiety disorder, these regions are less distinct. Thereby producing a heightened response to regular or insignificant events of life.

With this, we’ve arrived at the conclusion of this part of the ongoing series about Generalized anxiety disorder. We’ll join you again in the next update in the last part of the series where we talk more about treatments of Generalized Anxiety Disorder. Thank you for reading, we’ll see you next time.