How To Identify The Signs Of Depression In A Normal Person 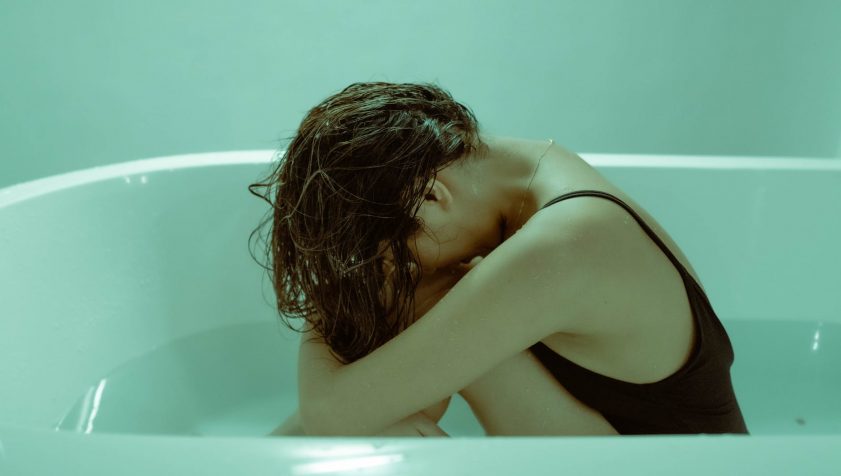 With the advent of fast-pacing life, people of this era are getting more prone to psychological threats. People experience large bouts of anxiety and panic attacks, which give rise to depression ultimately. Most of the people often describe depression as the sad emotion which prolongs with time. But the actual definition of depression is something else which is for sure related to sadness, but not entirely that.  A major depressive disorder is far more complicated than just sadness. The frequent bouts of unhealthy emotion or anxiety give rise to this beast called depression. Many psychologists declared this depression as the slow poison which devours the whole human being. the possible causes of depression are the combination of biological, psychological, and social sources of distress.these factors cause the malfunction in the brain cell’s mechanism. This includes the altered brain and neural conditions of the brain in the depressed person. The persistent feeling of loneliness and sadness are the most common and characteristic signs of depression in humans.

Depression can be identified by looking after it symptoms that have harped over the mind of the human.  The identifying symptoms are very minute and mundane, but a close observation of one’s psychological state can definitely identify the symptoms. After the proper identification, the depression can be beaten up by medical assistance and the love of the family members. If depression disorder goes untreated, it can result in more fatal conditions.  This era has all the technological tools for every disorder, but the depression disorder’s symptoms still go unnoticed.

This article is mainly about the identification of the depression signs, which can be treated further to lead a healthy life.

The following are some of the crucial identifiable signs for depression which can be observed for the diagnosis of depression in humans:

1. Hopelessness In Nearly Every Situation

This is the most common symptom of depression. The people find hopelessness in nearly every circle of life. They admit it every time, this is all fault of them only. They always declare themselves as guilty of every situation and keeps blaming themselves for everything in life. Such people do not have any kind of positive attitude towards life and rarely feel positive in their lives.

A person who is depressed lacks interest in everything they encounter and this loss of interest is seen drastically in them. The withdrawal from their fun-loving activity marks the very sign of the depression in them.  Psychologists also evaluated that a depressed person, do not seek interest in sex anymore and experiences bouts of unhappiness always.

It can be assumed that the reason for the lack of interest in the activities is that the person always feels tired and exhausted. They feel fatigued every time as depression comes with a lack of energy and an overpowering feel of fatigue in the body.  These are the most severe signs of depression. This could also lead to sleeping disorders called insomnia. The person does not get enough and restful sleep. A depressed person hardly gets any sleep at any interval of time, therefore, feel tired and exhausted.

The anxiety is the originator of depression which shows symptoms of its existence in the depressed person. These symptoms are highly visible to others and include an array of emotions that can be identified. The anxiety includes :

A person who is depressed always remains irritated, research shows that depressed men become more irritated as compared to women.  Irritability symptoms may include anger, risky behavior, etc. Nevertheless, men are still less likely to seek treatment and pay attention to the doctor in comparison to women.

6. Appetite Changes and Changes in Weight

Every depressed person fails in controlling their emotions, they experience different bouts of emotions every second.  Mood swings are common in a person suffering from depression i.e. one second they are cheering and another second, they are filled with anger. This transitional change in them is merely a sign of depression. The depressed person undergoes these changes on a regular basis and mood swings are very common in them.

Depression leads to suicidal tendencies, therefore, a depressed person tends to destroy their life every time. People who die of suicide also show the suicidal symptoms first but went unnoticed.

Depression leads to a lack of concentration. They could not focus on one thing as their mind keeps wandering on some other gruesome place. They lack their cognitive properties as well and are unable to understand things well. Not only this but depression also doesn’t allow them to perform their daily tasks properly and this sign can be observed in the person by implementing any such thing which demands mental alertness.