What Causes Panic Attacks & How To Stop Them? 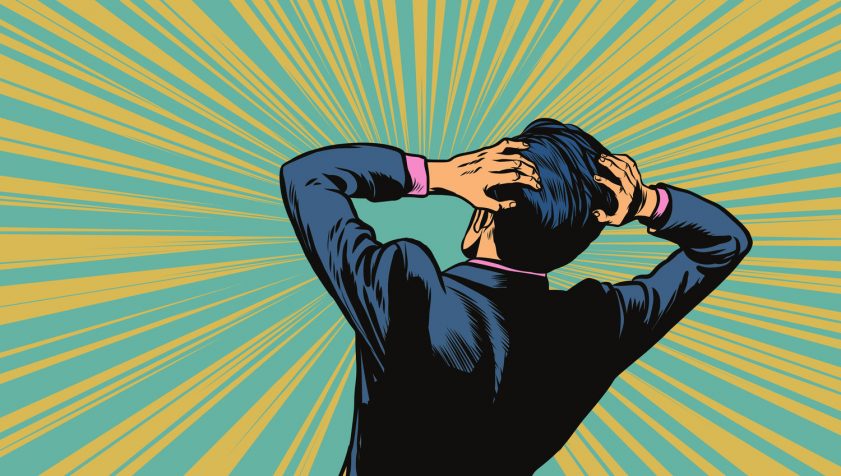 A panic attack is an intense rush of fear marked by disproportionately high intensity. Your heart pounds hard, you can’t, you can hear your ears drumming, your breaths go raspy and you might even feel like that you may die. The worst part about panic attacks is that they can happen anytime during the day, even when you’re watching that favorite series on Netflix.

SYMPTOMS OF A PANIC ATTACK

The entire run time of a panic attack is generally half an hour, in which it develops, reaches its peak and subsides. The thing with panic attacks is that they can happen anywhere, while you’re driving, or talking to someone when you’re at the supermarkets. Panic attack symptoms are:

Many people even show symptoms like anticipatory anxiety – they do not feel calmed between episodes of panic attacks. They fear the next panic attack and are in a perpetual state of anxiety.

There is also evidence that people single out events that have been giving them anxiety and distress and avoid such situations with utmost effort. They, in some way, develop a phobia of these events. When it goes to its peak, it becomes agoraphobia. People start avoiding crowded places, cars, metros, other forms of transport, social gatherings, physical exercises, a type of food or drinks, they even try being with someone they feel secure with at all times.

HOW TO CONTAIN A PANIC ATTACK?

During a panic attack, you might feel entirely powerless and losing control, there are things that you can do to help yourself during one.

LEARN ABOUT PANIC ATTACKS – doing this can help you understand that you are not alone and that you can get help. Things can go better if you learn how to manage your panic attacks.

BREATHE EXERCISES – during panic attacks it is common to have hyperventilation. The act of breathing becomes difficult. However, if you happen to have practiced breathing exercises, you can get better control by deep breathing.

Practicing RELAXATION TECHNIQUES – can help you develop a relaxation pattern for the body. They also increase joy and optimism in one’s life. Exercises like Yoga and meditation are proven to be beneficial.

SLEEP – it is important to note that even sleep has a role to play in individuals experiencing panic attacks. Getting seven to nine hours of good quality of sleep is necessary to avoid panic attacks.

The most effective and efficient ways to tide over a panic attack is to get professional help. The following methods are used to treat the ones experiencing panic attacks.

COGNITIVE BEHAVIOUR THERAPY – CBT works by identifying the underlying thought patterns that result in the development of anxiety. The psychiatrist analyses a person’s responses to the hypothetical situations based on which they target the faulty thought patterns and rectify them by giving the patient a real-life example and help them better cope with it.

EXPOSURE THERAPY – here the patient is given a taste of a panic attack while he is in a secure and controlled environment. This gives him better understand his panic attacks, they may be asked to hyperventilate on purpose such that the can experience their attacks from a third person’s perspective and rectify them.

EXPOSURE THERAPY FOR THE ONES WITH OTHER DISORDERS – when people develop other phobias in tandem with anxiety, they are given exposure therapy. You have to face situations that likely can trigger the symptoms upon facing the situation. Through this, you can learn how to better handle the panic attacks.

BENZODIAZEPINES – these are fast-acting anti-anxiety drugs used in case of severe anxiety. If taken during panic attacks, they can help allay the symptoms of dread. However, it should be kept in mind that benzodiazepines/benzos are highly addictive, due to this reason they have serious withdrawal symptoms. They should be used with caution.

ANTIDEPRESSANTS – these are drugs used to help people with severe anxiety and crippling depression. They require a long time to act so that they have to be taken for a while and not just when you are experiencing panic attacks.

To see a loved one or a family member go through a panic attack is frightening, their symptoms can be very scary. No matter how irrational you believe their fear is, it is necessary to understand that it is very real for them. If you think simply asking them to calm down will help, it won’t. Rather you need to understand their crisis at their personal levels. However, with some emotional support from your side and a suitable mental health worker’s attention can help them get better. Thank you for reading, we’ll see you next time.