What Is Personality Disorder: An Overview 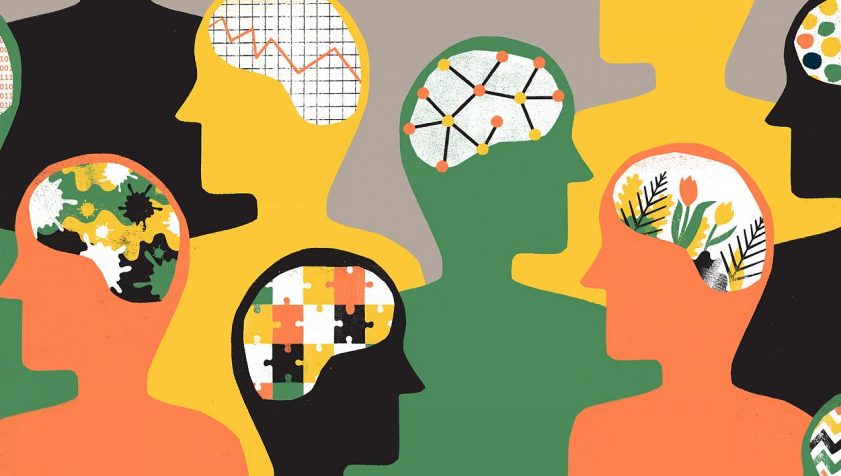 We use the word ‘Personality’ on almost daily basis, be it you talking to your friend about that co-worker or you admiring the ‘personality’ of the person you meet often at the grocery store. The superficial idea of personality is ever present when we talk about other people. But how do we define personality, is it just the physical attribute like physique and skin tone? Is it the way a person manages a situation? Or it is something even more complex?

“A brief definition is that personality is made up of the characteristic patterns of thoughts, feelings, and behaviours that make a person unique. In addition to this, personality arises from within the individual and remains fairly consistent throughout life”.

Though there are many definitions of personality which cater to various aspects of personality, most of them have a common ground. They take into account the predictive behaviours of an individual such that it can explain a person’s behaviour. There are factors like parenting style, culture, economic status that also can affect the personality of the person.

Personality of a person can remain the same their entire lives. There are minor changes, but more or less it goes unchanged throughout the life. Now, if experiences can alter the way a person feels and responds to an event, life can bring about negative changes in the personality of a person. Thereby triggering a personality disorder. A personality disorder is a deviation from the regular thinking or feeling of the individual such that they undergo some form of distress and problem in functioning and can last for a long while.

Generally, personality disorders are diagnosed in about 40-60% of the psychiatric patients. The personality disorders are caused by maladaptive thought patterns and maladaptive coping skills. Since these two are essential for ego preservation, the individual rarely finds his responses as different than the others. These behaviours generally start taking root at teenage years and can have outcomes like depression and anxiety. They lead to an impaired quality of life.

There are ten different types of PD. PD can be the long lasting patterns of behaviours that are a bit different from others. These begin showing up in the early adolescent years and continue developing in the late teen years to mid-twenties. Without treatment they can be ever-lasting. Personality disorders have a negative impact on either the two of these areas at least:

Diagnosis is generally made by looking at long-term patterns of functioning and symptoms. Diagnosis is typically made for people above 18 years of age. The reason being before  that the personality is still settling.

The attention to this type of psychological disorder came around in early two thousand. In 2008 the median rate of personality disorder was estimated about 10.6%, based on six major studies across three nations. PD is described as a major public health concern which requires optimum attention. The prevalence of PD ranges from 2-3% for common varieties like schizotypal, borderline to 0.5-1% for least common like narcissistic. A study across the major nations of the world also showed the prevalence of PD to be about 6% of the general population. In U.S. alone, in 2009, the screening proved that a 9% of population suffers from PD.

ISSUES FACED BY THE PATIENTS

Thesymptoms of the PD can have profound effects on the patient’s work life also leading to difficulty in coping with the stress of workplace. Other comorbidities and complications of lie can aggravate the situations. Substance abuse also is a potential risk. It is also curiously seen that sometimes PD brings about an increased productivity at workplace and can even cause the patient to exploit his or her co-workers. In U.K. a research when conducted on the top tier managers of some firms found out the following.

Personality Disorder in children is seen as an antecedent of the full blown PD in adults. Researchers have found many similarities between the characteristics of the PD faced by adults and the one faced by the children. However, PD shows some continuity over time, they are not predictors. There have been cases of children who had symptoms like personality disorder but they did not develop any PD when they grew to be adults.

They have a pattern of disregard, violation of other’s rights, lacking empathy, elated self-perception manipulative and impulsive behaviour. They have significant mood swings, instable relationships, attention seeking behaviour and excessive emotional display. People are also seen to have a perception of grandiosity, narcissistic personality, paranoia, aggression and sadism – sadism means a pervasive behaviour of cruel, demeaning others, aggressive behaviour.

These personality types avoid socialisation at all costs. They have pervasive feeling of social inhibition, extremely sensitive to negative evaluation by others. They sometimes also feel the extreme need to be taken care of by others. They also might follow rigid rules, perfectionism, and need control or authority to the point of crushing other’s rights.